Microsoft has released the optional update KB5010414 for all Windows 11 users. In addition to the new Media Player and Notepad, there are new taskbar features. 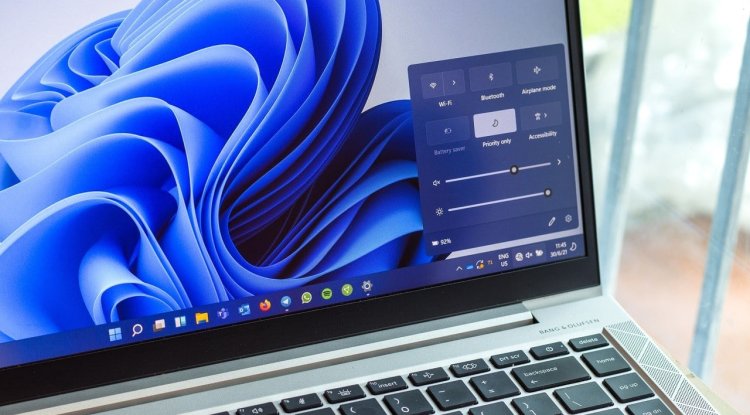 Microsoft has released the optional update KB5010414 for all Windows 11 users. In addition to the new app versions for Media Player and Notepad, there are new taskbar features.

When Microsoft released Windows 11 in October 2021, some users were disappointed with the few functions on the taskbar. The manufacturer then tested a few new features in insider previews. With the optional update KB5010414, all Windows 11 users can now use new taskbar features and more. For this purpose, Microsoft raises the build to version number 22000.527.

Microphone button in the taskbar and clock on the second screen

If the taskbar icons are centered, the icon for the widgets moves to the left edge. In addition to this cosmetic change, the taskbar now has a microphone button so that you can simply mute yourself instead of having to open Microsoft Teams every time. Since build 22000.527, anyone using a second monitor can see a date and time display on both screens, although the notification center can only be displayed on the main screen. There are no other new taskbar functions yet, you have to be patient for a few more months.

If you use Microsoft Teams and are in a meeting, you can now use the new AirDrop function. A hover over the icon of an open program is sufficient to be able to share this window in Microsoft Teams. This feature is currently limited to PowerPoint for easy sharing of app windows, but soon any third-party apps will also support this feature. The update KB5010414 also offers the following other new features:

In addition to the small innovations within Windows 11, the new build version 22000.527 also offers the two new apps Media Player and Notepad. The media player welcomes users on the start page with the option to play music or video files. Alternatively, a URL can also be integrated as a source. However, Spotify.com does not work because such DRM-protected music cannot be played. Spotify is probably putting a spanner in the works here. Locally stored music and videos can, however, be played back with the media player.

The new media player is distributed as an update for the previous UWP app Groove Music and is based on XAML. In the first version, the range of functions is rudimentary, so playlists can be created in addition to music and video playback, but more is not possible - yet. Currently, the app cannot play DVDs, but only content stored locally on the PC or an external hard drive. It's unclear when more feature updates will come for the new media player. In addition to the new version, the old Windows Media Player is included since Windows 7 can still be used.

Notepad with Dark Mode and Android apps in preview

The text editor Notepad integrated into Windows is available in a new version that now masters the dark mode. The dialog for finding and replacing has been redesigned and Notepad can now undo multiple processes. Microsoft adapted the GUI to the design of Windows 11.

Microsoft has released optional update KB5010414 for Windows 11 after being tested by Windows Insiders for around two weeks in the Beta and Release Preview Channel. Of course, these innovations will also be part of the major feature update Windows 11 Version 22H2, which will be released later this year.

As Microsoft briefly explained in the blog post, they want to offer new features as optional updates again in the future when the updates are ready. New features are no longer held back for the annual feature update. Rather, Microsoft will probably offer a collection of optional updates with Windows 11 Version 22H2 and future feature updates. The KB5010414 update can be downloaded free of charge within Windows 11 via Windows Update under "Advanced Options" or in the Microsoft Update Catalog.