6 technological books that you cannot miss this summer

Reading is always enjoyable. And even more so when the summer vacation begins and we may take all those half-finished novels and others that have been given to us but we haven't started yet to the beach or wherever we go to rest for a few weeks. 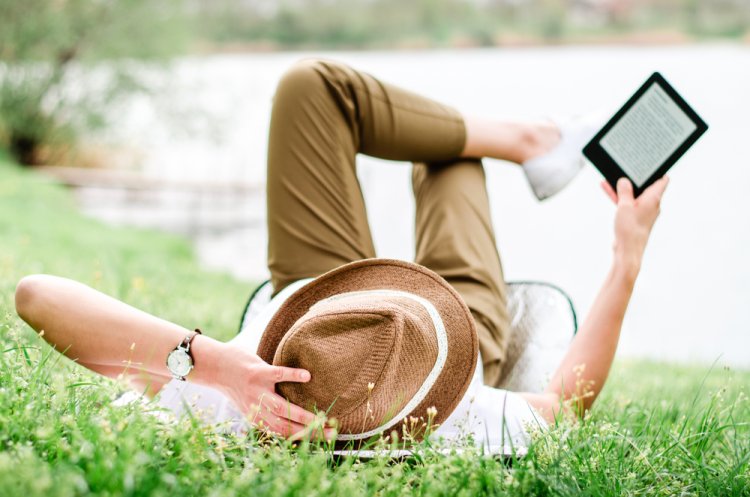 Infocracy: Digitization and the Crisis of Democracy – Byung-Chul Han

The political conversation is dominated by conspiracy theories and misinformation. Attempts are attempted to alter electoral behavior and prevent conscious decisions using psychometrics and digital psychopolitics. Byung-Chul Han's latest essay outlines the democratic crisis and relates it to structural changes in the public realm in the digital age. He also names this phenomenon infocracy.

Tony Fadell was a member of the General Magic team who invented and created the smartphone forerunner in the 1990s. Later, he led the Apple teams that built the iPod, iPhone, and other products that transformed the course of technology history.

The build is a container for many of the lessons Fadell learned in Silicon Valley about leadership, design, startups, decision-making, mentoring, failure, and success. In this book, he shows that it is not essential to reinvent the wheel in order to achieve greatness. Some fundamental ideas of collaboration and management can lay the groundwork for the most significant technical achievements.

The Pragmatic Programmer is one of those rare technical books that are read, reread, and reread over and over again. The first edition of this hugely popular book was written in 1999 by Dave Thomas and Andy Hunt to assist their customers to build better software and rediscovering the joy of writing code.

This updated edition, more than two decades later, reexamines what it means to be a modern programmer. Personal responsibility and professional development are discussed, as well as architectural strategies for keeping code flexible and easy to adapt and reuse.

This book highlights the best ways and largest risks of many different types of software development, written as a series of self-contained parts and crammed with old and new anecdotes, intelligent examples, and interesting analogies.

Whether you're a beginner, an experienced programmer, or a responsible software project manager, this book will help you create the habits and attitudes that will lay the groundwork for long-term success in any career.

After Steve: How Apple became a trillion-dollar company and lost its soul – Tripp Mickle

Tripp Mickle, a seasoned Apple reporter who has written countless stories and reports on the firm, has examined the dramatic changes that have transpired at America's Favorite Tech Company following the passing of co-founder and spiritual leader Steve Jobs in 2011.

Mickle speaks with hundreds of people within and outside the company to chronicle the significant events of the Cook period and to answer big questions about how Apple might build game-changing new products when profitability migrated away from the iPhone.

Cyber attacks on enterprises of all sizes have escalated at an alarming rate. Every day, we read about companies and public institutions that have suffered huge, even catastrophic, losses as a result of cybercriminals' actions.

Are we getting into the too perilous territory? Can digital dangers be predicted? Do we have to live in constant fear of a cyber-attack? How should we respond to such an attack?

Most managers are very well trained and trained to manage traditional company risks, but they have reservations when confronted with these new digital challenges because they lack training in this area or it is still in its early stages, and attacks are becoming increasingly silent, intelligent, and sophisticated.

Cybersecurity for managers enables those in charge of companies and teams who do not have a background in security or information technology to manage the three fundamental pillars of cybersecurity: identifying risks, establishing controls, and putting in place the processes and organization required to do so efficiently.

The book, written in simple language and with a practical approach, offers genuine situations and various studies to help explain complicated themes and examples from history, establishing parallels with the challenges faced by the digital age.

How to Do Nothing – Jenny Odell

Doing nothing may be our most powerful form of protest in a world where our worth is measured by production and performance. This is what Jenny Odell contends in this piece, which calls into question the commercialization of our time, the profitability of our attention, and our current state of impatience and worry.

We have forgotten what inactivity means in an age defined by the invasive logic of social networks and the worship of personal branding. From this vantage point, "doing nothing" means making time for ourselves, being thoughtful and exercising perception, reconnecting with physical reality, and discovering methods to relate to one another that neither companies nor algorithms gain from.

"How to do nothing" is a manifesto against the discourses of efficiency and techno determinism, an innovative essay in which regaining our space away from a dizzying speed is an act of resistance.