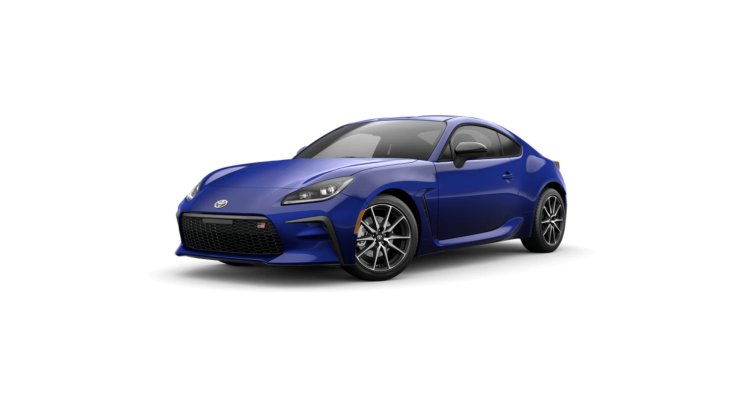 The new GR86 is Toyota’s third global GR model and complements the “top three” of sports cars, alongside the already well-known GR Supra and GR Yaris. The new coupe will be a new addition to Toyota’s GR model range, providing a wider audience with sporty road holding and performance.

This model, which is a new development step of the previous GT86 model, retains the classic configuration with a front-mounted engine and rear-wheel drive. The engine is still a four-cylinder boxer designed to run at high revs, but its volume has now been increased to 2.4 liters. The technical settings of the engine and gearbox ensure that this additional potential is realized with calm and powerful acceleration over the entire range of engine speeds, said Toyota at the presentation of this model.

The new GR86 is presented as an “analog car for the digital age”. It was constructed by lovers, for lovers, focusing on the true joy of driving - a feature that is contained in the Japanese expression “waku doki”.

It is important to point out that the GR86 is not just a sports car for “cleansers” and those with a lot of experience: on the contrary, it is suitable for both the road and the race track. GR86’s chief engineer, Yasunori Suezawa, summed up Toyota’s intentions: “The mission of the GR86 is to open up the world of GR, allowing more and more people to enjoy it.”

Just like the GT86, the horizontal, boxer engine is a defining element of the new GR86. This four-cylinder DOHC 16-valve engine uses the same block as before, but its displacement has been increased from 1,998 to 2,387 cubic centimeters. This was achieved by increasing the bore, from 86 to 94 mm.

Torque has also been increased, with performance tuned to reach a peak of 250 Nm earlier - at 3,700 rpm compared to 205 Nm at 6,400 - 6,600 rpm in the GT86. The exhaust system features a new 5.6-liter center tube that creates a beautiful muffled sound when accelerating, enhanced by an Active Sound Control system that transmits engine sound to the cabin.

Both the manual and six-speed automatic transmissions in the GR86 have been modified to match the higher power and torque of the engine, so that they can contribute to driving pleasure. To make full use of the car’s potential, the driver can switch on the Track mode or switch off the Vehicle Stability Control (VSC). The gear lever has a new shape for shorter strokes and better grip for the driver’s hand.

The automatic transmission offers blades behind the steering wheel. In Sport mode, the transmission automatically selects the optimal gear according to the way the driver uses the brake and accelerator pedals and the dynamic behavior of the vehicle.

To ensure that extra engine power is converted into handling and responsiveness, the chassis and shell have been refined using lightweight high-strength materials and with the addition of stiffeners in key locations.

Diagonal arms have been added to the front between the suspension and the vehicle frame, improving load transfer from the front tires and reducing lateral bending. High-strength couplings were used to connect the frame and suspension bracket, and the bonnet has a new, internal diagonal frame instead of the previous honeycomb design. Thanks to these measures, the lateral stiffness of the front part of the shell is increased by 60%.

At the rear, a ring structure was used to connect the upper and lower chassis, and, as at the front, new couplings connect the frame and suspension brackets providing better handling under the G-forces generated when passing through a bend. By connecting the inner sheet metal to the platform, an uninterrupted frame construction was achieved. The total torsional stiffness of the shell is increased by 50%.

The GR86 has taken over the suspension from the GT86 - a front independent suspension with MacPherson struts and rear double shoulders - and their performance has been tuned to achieve an even higher level of responsiveness and stable handling. The Torsen limited slip differential provides reliable power transmission when cornering.

Since the 2.4-liter engine delivers more torque, the rear suspension is reinforced with a stabilizer that is connected directly to the frame for maximum stability.

The external dimensions of this car are similar to those on the GT86, but the height has been reduced by 10 mm (to 1,310 mm), while the wheelbase has been increased by 5 mm (2,575 mm). Successful lowering of the center of gravity is crucial for the car’s behavior on the road and the overall driving experience - which is also due to the height of the driver’s hips, which is reduced by 5 mm.

The new LED headlights have an L-shaped interior layout, as does the GR Supra, and the new radiator grille features a mesh G pattern that is exclusive to GR models.

A number of aerodynamic accessories have been introduced, including a front spoiler and fully functional air vents behind the front wheel arches. The new black exterior mirrors are rounded to improve aerodynamic properties, while fenders are mounted on the rear wheel arches as well as on the lower rear bumper to direct airflow over and from the car’s shell, increasing stability. At higher equipment levels, a spoiler has been added to the lower edge of the boot lid.

The interior design in the GR86 aimed to provide the best possible layout in terms of usability and management of car systems. The control switches around the driver are designed and arranged to ensure intuitive recognition and handling. The color scheme in the interior also makes it easier to focus on driving - all black, with silver inserts, or black with upholstery details, seams, carpets and door inserts in red.

The multimedia system has enhanced computing power and thus faster response. Standard features include DAB, Bluetooth and smartphone integration via Apple CarPlay and Android Auto. USB ports and an AUX jack are also there for connecting and charging devices. Equipped with a new Data Communications Module, the GR86 provides eCall in the event of an accident or emergency.

The driver’s instrument panel contains a multifunction display, and to the left of it is a rev counter and a vehicle speed display located in the middle. The contents of the display can be adjusted, reset and changed using the switch on the steering wheel. In Sport mode, the indicators are highlighted in red.

When the driver turns on the Track mode, a different display appears, designed with the help of professional Toyota Gazoo Racing drivers. The display contains a central column representing the engine speed, then the selected gear, speed and oil and water temperature, allowing the driver to continuously read the status of the car and select the right moment to change gear.