'Andor', the prequel to 'Rogue One' and upcoming Disney+ series

Disney has unveiled the official trailer for Andor, a new series based on the Star Wars world that will air on Disney+ later this year. Unlike the current Obi-Wan Kenobi, he arrives with minimal expectation, as only the most coffee-loving people were aware of his entrance on the sidelines of a conference a few months ago. 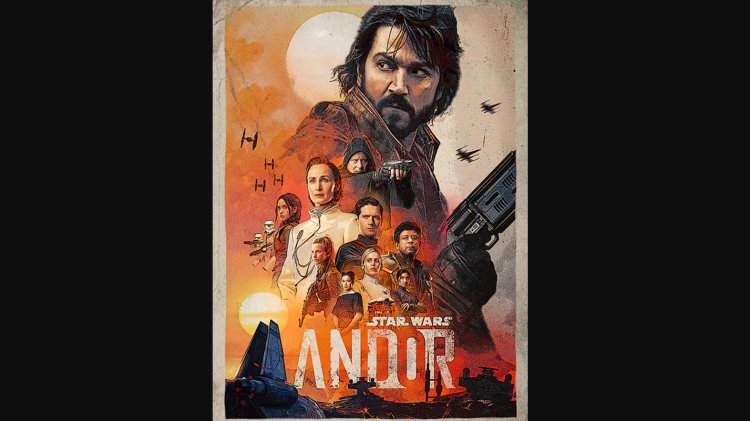 In any case, the creatives haven't warmed up much, and pull a well-known character, but from the third row, to continue squeezing the fruit of the galaxy. Andor stars Mexican Diego Luna, who previously played the spy Cassian Andor in Rogue One: A Star Wars Story.

Thus, the story that Andor offers does not follow the previous one but concentrates on the character's life and job, despite the fact that the action takes place only a few years before the events seen in the most popular Star Wars film ever created.

After the fresh, exciting, and successful The Mandalorian, the mediocre rehash of The Book of Boba Fett and Obi-Wan Kenobi, an exercise in nostalgia, a forced one without much vigor, but salvaged by the magnetism of Ewan McGregor, will be the fourth series in the Star Wars world for Disney+.

Andor will also be the first series in the Star Wars universe to have more than eight episodes, with the first premiering on Disney+ on September 21. It will be then that we will know whether Andor is just another rehash, as it appears, or if he contributes anything new to a franchise that is losing its luster.

If you want to learn more about the product before it is released, Disney + has all you need. Obviously. Rogue One: A Star Wars Story, as well as the previous titles in the Lucasfilm franchise, introduced the character. We leave you with the trailer for Andor.