With the AOC Gaming Q27G2S/EU, is a new gaming monitor. It comes with a 27-inch IPS panel, 10-bit color depth, a refresh rate of 165 Hz and the "QHD resolution" 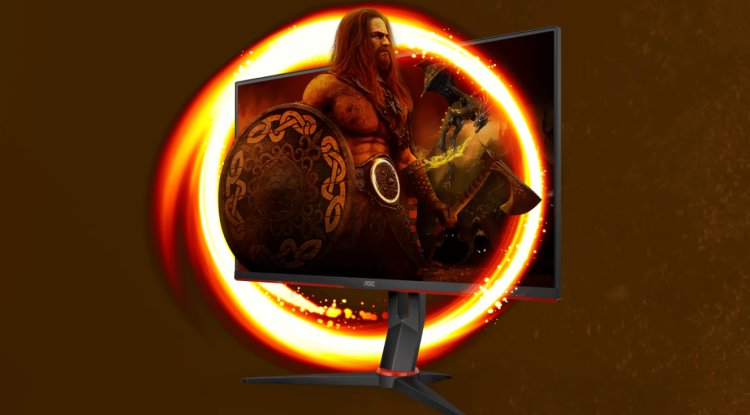 AOC Gaming Q27G2S / EU is the name of the latest monitor from the Agon by AOC range. According to the manufacturer, it is aimed at gamers who are upgrading from Full HD but still want to achieve high frame rates. The 27-inch screen, therefore, does not deliver 4K, but the so-called "QHD resolution", i.e. 2,560 x 1,440 pixels. The IPS panel also offers a 10-bit color depth with 1.07 billion colors and a refresh rate - if connected via display port - of 165 Hz.

The manufacturer specifies the response time as 4 (GTG) or one (MPRT) milliseconds and the viewing angles as 178 degrees. While the brightness is 350 nits according to the product page, Agon by AOC states a dynamic contrast ratio of 80 million to 1. The static contrast ratio, on the other hand, is 1000: 1. The AOC Gaming Q27G2S / EU supports adaptive sync with a sync range of 48 to 165 Hz - G-Sync compatibility is also on board.

Users can tilt, swivel, and adjust the height of the AOC Gaming Q27G2S / EU. If you need more flexibility, you can also position the screen using a VESA bracket (100x100). There are two HDMI 2.0 ports and one Displayport 1.4 on the plus side. There is also a headphone output. The gaming features of the Q27G2S / EU include "Dial Point" (crosshair overlay), "AOC Game Color" (to increase/decrease the saturation), and a frame rate counter. On top of that, there is a low blue light mode for the nightly gaming session.

As the manufacturer reports, the recommended retail price for the Q27G2S / EU is 359 euros.

The first trailer for House of the Dragon, a prequel to the Game of Th...