The setting will be the mysterious continent of Cantha, which the developers say has been shrouded in a veil of secrecy and intrigue for 200 years. 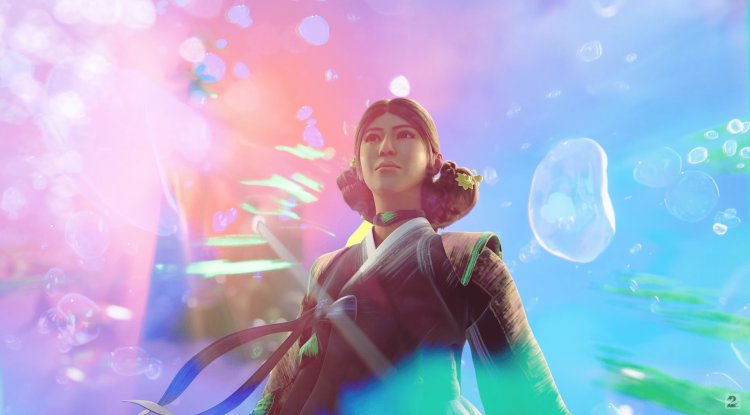 A Brief History of Guild Wars - A team of people who left Blizzard at one point embarked on an endeavor to form ArenaNet. They made Guild Wars which was a slight departure from the predominant way of making games, the moment MMORPG mania gripped the planet. The foundations of this genre were laid before WoW was born, but Blizzard's title further shaped them. The authors of Guild Wars followed their own logic. It paid off for them.

Encouraged by the success and convinced that innovation is one of the preconditions for success, the people from ArenaNet made another step (maybe two) to the side, and told everyone: "We are going this way, and let the others see what they will do!"

Developer Arenanet and publisher NCSoft have now announced the exact release date for the third Guild Wars 2 expansion: "End of Dragons" is to be released on February 28th. To celebrate, a new MMORPG expansion gameplay trailer has been unveiled.

It was already known last year when the next expansion for Guild Wars 2 would appear with "End of Dragons". At that time there was talk of February 2022. So the only thing missing was the exact day that developer Arenanet and publisher NCSoft recently announced: The release should take place on the last day of the month, on February 28th. But it wasn't just this announcement, because the developers also published a short gameplay trailer for Guild Wars 2: End of Dragons to make the release in four weeks palatable to the fans.

This is what the third expansion End of Dragons offers

Guild Wars 2 from the successful MMORPG series was launched ten years ago and has since received two expansions. End of Dragons will soon be the third add-on in the bunch. The setting will be the mysterious continent of Cantha, which the developers say has been shrouded in a veil of secrecy and intrigue for 200 years. As the expansion progresses, players will uncover the mysteries behind the mysterious substance Dragon Jade, which powers the technology of the Cantha civilization.

On the gameplay side there is an increase with the possibility of fishing and the skiffs as means of transport, which are multiplayer sailing boats for up to five players. It also features the game's first "cooperative battle mount", a Siege Turtle. Players can also look forward to nine new elite specializations that will change the core gameplay of various classes, as well as the return of large-scale events on the new map areas.