How to save your smartphone from the summer heat

Do you want to take your smartphone on vacation and to the beach this summer? Concerned about your smartphone overheating? Have you ever wondered why your phone slows down in the heat and potentially harms your device's data? The summer heat has already arrived, and many of us are already thinking about the holidays, at least in part. While a trip without a phone is far more enjoyable and relaxing, the reality is that most of us travel with a smartphone. 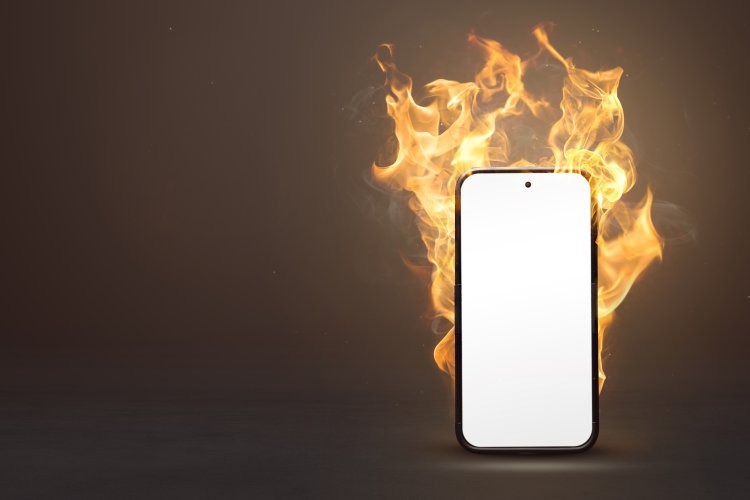 Of course, exposing a smartphone to the sun and summer heat can cause a slew of issues, many of which we are typically unaware of. Heat, for example, can cause overheating, data loss, battery fires, and a variety of other severe consequences on a smartphone.

Learn why and how to protect your smartphone from the summer heat in the sections below:

Sun and heat can have a severe impact on the device's memory and battery, and other components are no less vulnerable.

Due to high heat, your smartphone may heat up to a dangerous temperature, resulting in data loss. Furthermore, the phone's battery may overheat, potentially resulting in a fire and explosion.

During the summer, it is critical to be mindful of how and where we use our devices. It is best to avoid direct heat sources because they expose the phone to direct temptation. Of course, it is best to use the phone in the shade and limit the device's exposure to extreme temperatures.

Reduce the use of smartphones use during the summer

A smartphone is a typical electronic device that generates heat while utilized. A phone that is not in use or is idle will generate substantially less heat than a device that is constantly in use. As a result, the device generates additional heat that, due to its ongoing use, cannot be discharged into the air.

It is critical to limit your smartphone use during the summer months if you want to keep your phone "healthy" and functional. It is especially crucial to avoid playing video games on your smartphone as much as possible because gaming generates the most heat. It is also best to avoid long calls and communications, which might cause the gadget to overheat.

You will enjoy the summer more if you use your phone less throughout the summer months, in addition to lowering the chance of smartphone damage. Summer is a time for leisure and cleanse, and social media and cellphones do not fit into that equation. Avoid using your smartphone frequently, and you will save it for the future.

Most smartphone users have the tendency of keeping their phones in their pockets. Whether the phone is carried in the front or rear pocket, the phone in the pocket is prone to additional warmth. Specifically, our bodies emit heat, which is sent to the smartphone via clothing. During the summer, this heat reaches extreme levels, causing significant heating of the gadget in the pocket.

During the summer, experts agree that it is best to avoid carrying a smartphone in your pocket. The device should be carried in a separate purse or handbag (if it is directly protected from the sun). Of course, the majority of us will continue to carry a smartphone in our pockets, which is hardly the ideal answer.

If this is already the case, consider taking your phone out of your pocket at least a few times during a long stroll to "give it some fresh air."

Aside from carrying it in your pocket, one of the most popular uses for a smartphone is transportation in a car (on the control panel). Carrying a smartphone in a car is another hazardous habit, according to experts, especially if the phone is near the windshield.

Charging a smartphone under a sheet or pillow is undoubtedly something that many of us do on a regular basis. We are so used to waking up with our phones that we frequently plug them into the charger right next to the bed.

Unfortunately, sleeping on the phone, like using a smartphone before bed, is not good. The habit of charging a smartphone in bed is especially dangerous in the summer when such charging can start a fire in the room.

When combined with a heated smartphone, sheets and pillows can be harmful. During charging, the smartphone generates some heat, which is especially noticeable during the summer months.

The heat from the phone transfers to the sheet or pillow, and due to the high temperature, a fire can start. As a result, avoid charging your smartphone beneath a pillow or sheet.

Experts also advise against charging a smartphone under direct sunlight. In order to avoid further heating, it is vital to prevent sunlight from penetrating the smartphone when charging. It is recommended to charge the phone in a dark and cool environment, such as a house or apartment.

Surfaces like marble, ceramics, or glass that are relatively cold but also resistant to ignition are ideal. As a result, the phone is significantly more protected from a variety of unfavorable scenarios, including the spread of fire.

Avoid sudden cooling of the smartphone

However, many users are concerned about the warmth of the phone and seek a remedy in the rapid cooling of the smartphone - a completely incorrect strategy.

Regardless of how hot the phone is, it is critical to highlight that it must progressively cool down. The greatest technique is undoubtedly the natural cooling of the phone, in which the gadget cools itself by releasing excess heat into the air after being removed from the heat source.

Sudden temperature variations can be particularly adverse for the device itself because they can cause major changes in components and materials, as well as water retention in the phone.