Hydrogen is unmatched by electric batteries 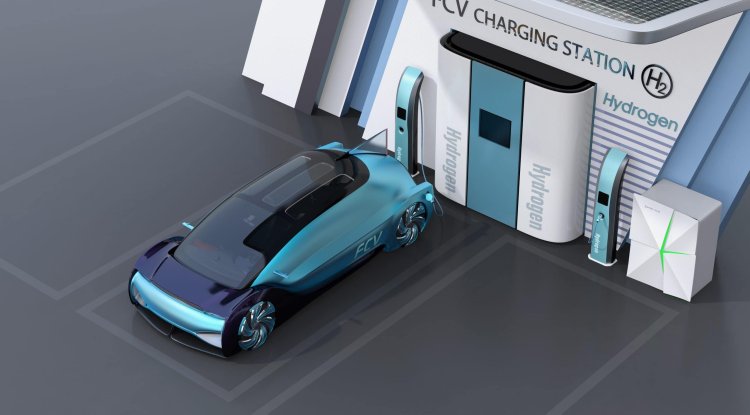 A new study published in the peer-reviewed magazine Nature has verified that the performance of hydrogen fuel cell vehicles is unlikely to be comparable to that of battery-powered automobiles. Even in the case of commercial trucks, this is not the case. The majority of the automobile industry has depended on battery electric cars (BEVs) to reduce pollution, although few automakers are attempting to promote hydrogen fuel cells.

Toyota, Hyundai, and GM have been the most aggressive in pushing this technology.

In the case of passenger cars, the game is over for fuel cells. After years and billions of dollars put in them, the Toyota Mirai and Hyundai Nexo received no response. Aside from the fact that the entire energy cycle of fuel cells is substantially less efficient, infrastructure appears to be the biggest issue. Although BEVs have infrastructural challenges, they have the distinct advantage of being built on massive grid infrastructure, with almost every electrical outlet in the world serving as a potential charging station.

The main problem is to establish more rapid charging stations, which is not an easy process, but it is far easier than constructing the full hydrogen production, transportation, storage, and distribution business. Most electric cars are charged overnight at home, while hydrogen fuel cell vehicles are not. Fuel cells had a shot in commercial trucks, but a recent study has ruled them out.

Patrick Plötz of the Fraunhofer ISI Systems and Innovation Research Institute in Karlsruhe, Germany, wrote it. According to a report titled Hydrogen, technology is unlikely to play a big role in sustainable road transport, data reveal that hydrogen fuel cell vehicles will never catch up to battery-powered automobiles. In the long run, even commercial trucks are unlikely to benefit from fuel cell power.

Long-distance logistics and the carrying of very large products are now the most difficult challenges for battery electric vehicles (which means high energy consumption per kilometer). However, truck manufacturers, as well as fuel cell and infrastructure providers, have set a goal of having 100,000 fuel cell trucks on European roads by 2030.

This is quite doubtful, given the year 2027 is indicated as the earliest date for the start of commercial serial electric fuel cell truck production. Second-generation battery electric vehicles will already be in use at that time. Nikola Motors said that serial fuel cell tractors would be ready as early as 2023-2024, however, the company is also gradually transitioning to battery-electric cars.