With the NEW model came a new sub-brand of the vehicle, which will include exclusively battery-powered vehicles. 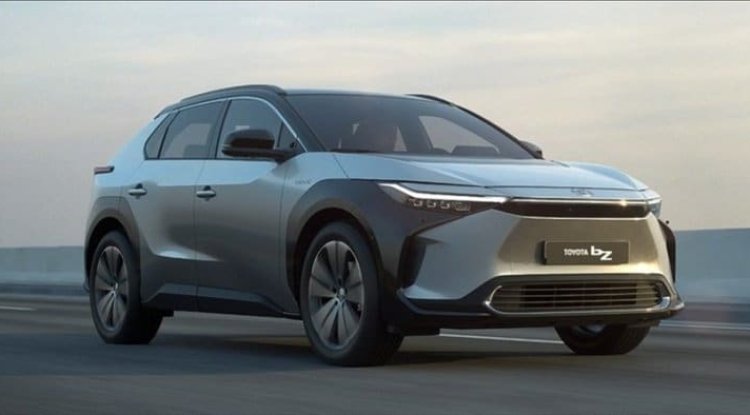 If anyone knows about electricity and batteries, then it’s Toyota. It is therefore surprising that a quarter of a century after the launch of the hybrid, it decided to offer the world a battery vehicle. Obviously, it is only now that the time has come to offer something competitive, but also to make a step forward from what has been seen.

What Toyota wants to do with this is the bZ4X. "bZ" in the name stands for "Beyond Zero", which is a sub-brand and also Toyota's strategy to offer the world more than zero emissions and above the current limits. As expected, the attractive SUV model remains true to the previously presented concept and brings a completely new platform developed with Subaru and intended specifically for electric vehicles. Choosing a new platform brings significantly greater opportunities. For example, the bZ4X compared to the RAV4 has an overall height that is 85 mm lower, shorter overhangs, and a wheelbase that is 160 mm longer than on the RAV4.

Therefore, the battery here is an integral part of the chassis, located under the floor of the vehicle. This achieves the known advantages demonstrated through a low center of gravity and optimal mass distribution. The additionally increased rigidity of the chassis is an additional plus that will be felt in use.

The bZ4X is the first model with a new hammer-shaped front end, which will feature other Toyota innovations.

Toyota notes that the 71.4 kWh battery will continue to operate with 90% of its original performance after 10 years of driving. The project envisages a duration and mileage of 10 years or 240,000 km, whichever comes first. Charging a water-cooled battery to 80% takes about 30 minutes with a 150 kW fast-charging system (CCS2). From the fourth quarter of 2022, a three-phase 11 kW car charger will be available.

Depending on the performance, Toyota's electric debut offers a range of more than 450 km, all-wheel drive, but also a number of technologically advanced accessories such as a solar panel built into the roof of the vehicle. The bZ4X will be the first production Toyota to offer a steer-by-wire system without a mechanical connection between the steering wheel and the wheels, which also includes a One Motion Grip steering wheel.

They have similar power, but all-wheel-drive models have separate 80 kW electric motors that drive the front and rear axles. XMODE provides a choice of drive modes: settings for snow/mud, deep snow and mud (up to 20 km / h), and Grip Control for extremely difficult off-road conditions (up to 10 km / h).

In the cabin, the emphasis is on simplicity, safety, optimal ergonomics. Therefore, everything is subordinated to the function, so the 7 "TFT screen is used to display instruments and data and is directly in the direction of the driver's view, above the steering wheel line. The large wheelbase allows the largest legroom in the class for all passengers meter distance between the front and rear of the passenger's hips. There is also a generous trunk with a volume of 452 liters.

We will find out more information about the car on December 2, when the European premiere and the opening of online reservations have been announced.